A Guide To Single Origin Coffee

We have talked a lot about single-origin coffee on Daily Espresso, whether it is what to look for when searching for your new favourite coffee beans, or talking about some of the biggest brands currently in the world of coffee during our Flavour Of The Month reviews.

But what is it, and why is it so important?

The meaning of a Single Origin coffee is pretty self-explanatory – the beans are from only one place, whether it be the same country or region.

They can also be beans from the exact same crop, farm or estate, but this is usually narrowed down and described as a single farm or single estate coffee.

Most single origin coffees and brands which champion the cause will include details about the farm, country or crop which those beans were picked from. And because there is only one variety of beans included, it offers the drinker the ultimate taste sensation, with the stripped-down flavours being a lot bolder than that of a house blend.

This transparency has been a huge part of Third Wave Coffee, which involves people becoming concerned about where their beans are from, how they are made and how we prepare/drink them when it comes to the planet.

In contract, a coffee blend (sometimes called a ‘house blend’) is a mix of various beans, put together in order to create one specific taste or for a specific method of coffee. This will usually be done by the roaster, who will be an expert in pairing flavours and will involve a lot of trial and error.

It is actually quite common for there to be up to nine different beans in one batch, especially from the larger brands like illy who can prepare coffee on a large scale. Despite the huge mix, you will often find the beans have only come from a maximum of four regions or countries.

Why Is Single Origin So Important?

As mentioned above, many single-origin roasters and providers will be quite open about where those beans have been sourced from, and this is precisely what makes it so important.

Recently, people have sought to find out more about coffee and the process which goes into making it – the journey from bean to cup, if you will. Buying single origin can often offer you a bit more clarity about what exactly is in your cup.

It is also the most ‘natural’ form of coffee. Single-origin coffees tend to be seasonal and produced to a lesser extent, so isn’t just constantly being created to keep up with demand. It is why brands such as Rave, Batch and Pact will offer different coffees every month, and may not always have the same one as you drank six months ago.

Many countries also have their own flavour profiles when it comes to the beans they produce, used as a rough guide to know what to expect. For example, Ethiopian coffees tend to have high acidity, a syrupy mouthfeel and fruity notes but Mexican coffees have chocolate flavours and nutty notes.

This also can tell the consumer not only where the beans are from, but what to expect and how they were grown.

The Growing Popularity Of Single Origin

As we have talked about already, single origin crept into the mainstream during the Third Wave coffee rise. With people concerned about every step of the growing, manufacturing and production process when it comes to what we consume, single origin gave us that clarity.

But Third Wave doesn’t just involve our concerns about the planet, reusable cups and using less electricity. We have also been finding other ways to make our coffee in order to taste different hints and profiles.

For instance, manual methods such as pour-over, Aeropress and cold brew are all the rage now through Third Wave. With these slower, more sensitive methods have come an increase in the flavours we can get from our coffee.

You may experience something different when it comes to drinking the same coffee from a drip maker as you would a bean to cup due to the level of oils in the end result, for instance. An increase in these methods being used, and the heightened flavour possibilities, means people are more interested in flavours and no longer just want to settle for that ‘coffee’ taste.

The Cons of Single Origin

While there is more openness regarding the source of the beans and how exactly the coffee is going to taste and was grown, there are a few points to consider before diving in with single origin.

Firstly, this seasonal availability can mean that your new favourite is only available for as little as a month. Many are in demand as soon as they emerge, however, especially between those who love to get their hands on the latest things or limited stock. This is why many will be found in subscription boxes which offer their customers a one-off coffee every 4 weeks.

This desire, matched with the lower availability, can mean you would pay a bit more for single origin over a blend (which is usually available year-round due to the variety of beans). It also means that anybody who wants the same coffee taste day in, day out will one day find themselves on a new search one day.

How to drink it

The next point isn’t really a con as such but could be an issue which puts some traditional coffee drinkers off. Because of the heightened tastes and flavours in single-origin, they are best drank black without milk or sugars (which can dull the taste and hide some of the more delicate flavours).

Using a single origin coffee in a cappuccino, therefore, is often not seen. If you go to a coffee house and order a drink which uses milk in such quantities, it will usually always be a house blend which has specifically been created to cut through the milk and still produce flavour.

Buying this type of coffee will also usually see it made using a slower, manual method of extraction such as a pour-over, filter or cold brew maker. This is so there are fewer oils in the end product, with more flavour, ideal for drinking without milk.

Some also argue that this means house blends actually offer more flavour, with everything perfectly crafted to enable multiple taste profiles such as chocolate, fruit and floral together in one balanced quantity. The flavours will often hit you at different times during the drinking process.

Narrowing down the source

The phrase is a bit problematic for some roasters, too. For example, a coffee purely from Tanzania will be classed as single-origin, but the country has tropical weather, the snow on Kilimanjaro, desert, Lake Victoria and the Serengeti. It borders countries like Rwanda, Uganda and Kenya, which all again have their own micro-climates.

This can, therefore, be a lot of disparity when it comes to *exactly* where the coffee was grown (and how that environment caused the flavours), which is why some roasters looking for a specific taste will decide to narrow their search down to Single Estate or Single Farm.

How Single Has Changed Coffee

Despite the few cons, there is no doubt that the discovery of speciality single origin coffee has, in fact, caused a lot more positive changes than negative.

As one of the biggest markets in the world, it is no surprise that adapted demand and changing tastes have also caused a shift in farming methods.

Specialty farmers are both developing and improving high-quality crops. This can involve how they are grown, their resistance to disease and when and how they are harvested. It doesn’t stop there, either – experiments have also taken place during the processing stage, as well as when roasting.

But in a world where we are concerned about how much the people who make our clothes, goods and food are being paid, the rise of single origin has also helped the coffee industry. Many roasters will buy the beans directly from the farms, cutting out the middle man. This doesn’t just mean that the growers get a fairer price, but also that they are looked after.

Producers also count on the roasters in coffee-loving countries to inform them about market trends, and a lot of speciality coffee fans can also personally seek out and contact the producers of the coffee to either support future blends or learn more about what they do.

So next time you do order or buy a single-origin coffee, remember that you aren’t just going to have a fabulous experience drinking it, but you’re also supporting a more ethical and transparent production line. 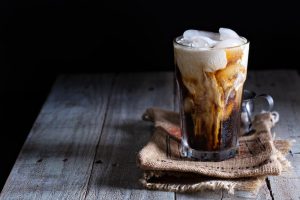