Are We Running Out Of Coffee? How COVID-19 Has Impacted Supply & Demand

Humans are a greedy bunch aren’t they?

It seems like every day it’s revealed that the world is running out of something important thanks to either our ineptitude or materialism and the list of shortages continues to become more and more bizarre.

As well as fossil fuels, the planet is genuinely running out of sand, helium and even bananas, thanks to our inability to correctly balance supply with demand.

This lack of control is something that’s been especially highlighted by the coronavirus pandemic, in which the supply of almost everything was forced to cease to a halt, yet no rationing measures ever came into play.

Cue stockpiling pandemonium at the beginning of April and an unusual shortage of items people had deemed essential for lockdown, such as yeast (for baking), bikes (for err… cycling) and toilet roll… (for wiping).

And although the other side of lockdown is now slightly more visible, it’s still been able to take full effect on our commodities market – and the next target is our beloved coffee stores.

In December 2019, the ICO (International Coffee Organization) released a report claiming coffee demand would outpace supply in 2020 by over 500,000 bags, meaning there was already an impending shortage before the nightmare hit, with prices of coffee set to grow.

This was mainly due to a poor harvesting season last year, in which terrible weather events affected some of the largest producing countries.

However, some shortages, such as in countries like Vietnam, were due to farmers being unwilling to sell and export their product at increasingly low international prices.

It doesn’t take a genius to realise that the addition of a horrendous, deathly virus didn’t exactly make this dwindling equation any healthier.

The industry had originally been planning to survive by utilizing old stockpiles to plug the gaps, but reserves have taken a huge hit thanks to panic buying earlier in the year.

And with this year’s harvest also potentially being severely affected due to South American lockdown measures… there’s a new question on everyone’s lips:

Is the world now running out of coffee?!

How Coronavirus Has Affected Coffee Demand

Here in the UK, the demand for coffee is pretty much the same, despite fears the COVID-19 pandemic is halting our supply chain.

Although we’ve long been stereotyped as a breed who’d sell their soul for just one more cup of tea, it’s undeniable that java is beginning to have it’s day in the sun, with British people now drinking around 95 million cups of coffee per day.

The virus in general has wounded global coffee sales, and demand is expected to drop by 1 million (60kg) bags this year due to the outbreak.

However in the UK, there is expected to be a demand decline of just 0.5%, as out-of-home/ supermarket consumption has soared and helped offset the financial blow and lack of consumers at cafe chains in recent months.

So although the coffee industry has taken a small hit, it hasn’t been nearly as badly affected as other products, and according to the Financial Times, remains one of the top global commodities.

Despite slumping at the beginning of lockdown, share prices for coffee have now even risen thanks to supermarket coffee producers rushing to supply a new and growing market of shut-in coffee addicts.

One supplier told Financial Times that they’d already sold 800,000 bags of coffee at the mid-point of the year.

It’s this kind of demand that is putting pressure on suppliers and why industry experts are beginning to express concerns.

The main fear for us coffee drinkers is how coronavirus will impact the upcoming harvest season, particularly in South America.

South America is responsible for over half of the UK’s imported coffee beans, which isn’t great news considering it was recently christened the epicentre of the coronavirus by the World Health Organisation.

WHO also claimed we were seeing growing rates of transmission in those countries and that they believed these transmissions are still yet to reach their peak.

The issue here is clearly one of safety for farmers and coffee pickers, as taking part in this month’s season is surely going to put them at risk.

Some wealthier coffee farms are able to afford equipment and machines to be able pick their crops, but the majority still rely on pickers to travel to coffee regions during the harvest months to look for work and collect the crop by hand.

These pickers often live in close confinement on the farms and so naturally, many aren’t going to risk making the journey if it’s going to put their health at risk.

We’re now approaching crunch time and the outcome won’t truly be known until a few months has gone by. This is because harvesting season is primarily between June and July in South America, and so 60% of coffee crops are still yet to be picked.

Unfortunately, pickers can’t just wait for the pandemic to blow over either, as just like with any crop or fruit, coffee will rot if it’s not harvested in time.

Although it’s unlikely South American farms will see all of their crops die, the shortage of workers will mean less product and we’ve already seen a preview of how devastating the impact can be.

In April this year, Colombia’s coffee production had fallen by a whopping 28% compared to the previous year, purely due to limitations and health restrictions caused by the virus.

This was a product loss of almost 300,000 (60kg) bags, which is not ideal considering the country is the world’s largest producer of mild washed arabica beans.

Their exports were down 31% too, thanks mainly to coffee importers stockpiling beans in March to try and prepare for any potential shortages and meet supply demands through lockdown.

It all makes for very worrying reading and we can see some of your already writing up your coffee rations book.

However, recent stats in Colombia suggest that coffee farms are starting to prove sceptics and coffee importers wrong, by improving supply without skimping on health and safety.

Coffee Farms & The Response To COVID-19

Even more astonishing was that this was a 6% increase on what Colombian farmers managed to produce last year!

So just how has the world’s top producer of mild-wash arabica beans managed to produce even more coffee than usual at a time of global panic and industry mayhem?

Simply put, it’s taken farmers all their resources and influence to help them survive the situation.

Thankfully, most large Colombian farms can rely on 50-60% of their workforce coming from local areas, meaning they already have a starting workforce for the season.

However, that’s still a minimum of 40% of their labourers lost, with the Colombian government not offering up any options of safe travel for migrating pickers.

Migration usually occurs due to wealthier farms being able to offer larger salaries which creates competition and more choice for labourers.

However this has not really been a factor for pickers this year.

Instead, many regions of Colombia have offered out municipal jobs in local picking fields, meaning poorer, smaller farms can afford labourers and that any attempts at a dangerous seasonal migration have been lowered.

It’s also meant pickers who frequently migrate have now been able to work closer to home for reasonable fees for the first time, so there’s no need to suffer in cramped, shared living conditions which are a threat to their health.

Coffee farms have also been able to quickly source recently unemployed retail and hospitality workers from nearby towns who are in need of income, who can instead provide for one of Colombia’s largest industries.

Larger farms in particular can offer these sorts of workers much higher salaries than a standard picker, which of course would help a non-manual worker consider such a strange career change.

What’s truly amazing though is that despite being able to avoid a predicted shortage in labourers, the farms have still managed to produce a brilliant output amid strict health and safety measures.

Public health officials were not only worried about a mass migration, but also about large gatherings of pickers all together in fields together.

Therefore as a preventative measure, they implemented strict distancing protocols for pickers, which in turn looked likely to severely reduce the amount of crops that could be harvested.

However, that just doesn’t appear to have happened.

“As a country, we should be proud of the effort that coffee growers are making to stay healthy and continue harvesting.” stated Roberto Vélez, CEO of the Colombian Coffee Growers Federation (FNC).

“Data confirms that Colombia maintains good production levels and that, if it continues like this, 2020 would be the sixth year where the coffee harvest exceeds 14 million bags, historical levels for the country’s coffee farming,”

“In the midst of this pandemic and with so many industries affected, the coffee sector is once again the engine of the economy.”

If Colombia can not only survive but thrive in this way, there’s no reason why the rest of South America can’t either.

Are we running out of coffee?

Not for a long while yet! 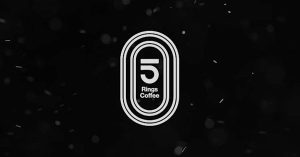