7 Unusual Ways To Make A Cup Of Coffee

You may be somebody who uses a pour-over dripper on a regular basis, thinking of coffee as an art and hobby as well as an essential ingredient to function. Or you may rely on your De’Longhi bean to cup machine day in, day out, and you find people who use anything manual utterly baffling.

But historically, and around the world, not everybody has made coffee in what we would think to be the most conventional way. Some methods even put those rather ‘hipster’ vacuum syphons to shame.

It isn’t just the techniques which can be slightly absurd, either. A lot of people have coffees which consist of more than the grounds, water and milk and an added splash of syrup/sprinkle of sugar.

Whether you like it or not, unconventional ways and ingredients are on the rise. Here are some strange, weird and (maybe not so) wonderful ways to make coffee which you may be tempted to try:

You’ve probably heard of the filter or drip method where you pass water through the ground coffee, and it filters through to create a separate batch of liquid coffee.

It is popular among those who love ‘real’ coffee and believe it is the only way to extract the full taste.

This take on that method basically swaps out the water for milk. Hot milk is poured directly over the coffee and through the filter, to make a beverage we wouldn’t really call coffee but more like a caffeinated warm brown milk.

Arguably nicer than it sounds.

Don’t try it in any electrical device though, as warming milk brings out the calcium and sugar and you could clog the machine up. You could easily swap boiling water for warm milk in an instant coffee though, just as people choose to do with hot chocolate, although we can’t guarantee a great taste.

Don’t go rooting through your underwear drawer just yet.

Yes, it’s often referred to as a sock but is actually a dedicated filter cloth. It involves steeping the coffee in the ‘sock’ and some hot water. Think of those tea bags you buy from the supermarket.

It is brewed in the water for about five minutes and then removed. The liquid is then passed through the now open filter again into a cup. Add some sweetened condensed milk for the full experience.

You can use something like one of these Drawstring Loose Tea Bags to try your own.

Certainly not a new hipster fad. In fact, it has been around since the early 1400s during the Ottoman Empire and is thought to be the very first coffee-making method ever.

Also known as Turkish coffee, it is still incredibly popular in Russia, the Middle East and Eastern Europe. There is a Cezve & Ibrik Championship every year. That’s how seriously it is taken.

It uses a little metal or copper pot called a cezve (in Turkey) or an ibrik (elsewhere). Grab some very finely ground coffee (even finer than used in espresso machines), and fill the pot with the coffee and water. Use about 2.5g of coffee per 230ml of water, or adjust if you prefer a stronger brew.

Put over heat until it is boiling, then take off the heat just before it boils over. Allow cooling for about 20 seconds. Repeat once or twice depending on the intensity you’re after. Cool before serving.

You can buy your very own ibrik here.

Now, this is a much newer trend, but whether it is a fad or not, only time will tell.

It is a little bit hard to replicate at home, but it basically involves pumping nitrogen into cold brew coffee, in the same way that fizzy pop is injected with carbon dioxide to give the fizz.

It is often done on a large scale in kegs and served on tap or in cans.

This results in a smooth, bubbly coffee drink, and a different twist on a cold brew. The coffee also has a creamy head, a bit like stout, which certainly puts a sought-after crema to shame.

The idea of a very thick, almost creamy cold brew coffee will likely make some feel queasy. Plus it contains up to 30% more caffeine than the hot stuff. We are getting shaky thinking about it.

Head to your local coffee shop to see if they make it fresh, or buy some Nescafe Azera Nitro Latte online.

Mix With An Egg

Meant to rid the coffee of any acidity and bitterness, this is a method originating in Scandinavia, mostly Sweden and Norway.

Although, it is thought to now be more common in the USA, used at Midwestern church gatherings. It even has the nickname “Church Basement Coffee”, because it is traditionally served in religious Sunday gatherings.

Mix the uncooked egg with 200 ml of water and the coffee grounds in a bowl, until smooth. Add to a pot of boiling water, simmer for 3-5 minutes, add 100 ml of cold water and let it sit for 2 minutes. Skim off any floating coffee and pass through a fine sieve to serve.

The egg is meant to bind the coffee and keep it at the bottom of the water, making a smoother liquid. It is slightly different from the Vietnamese Cà Phê Trứng, where just the yolk is added to the water before pouring over the coffee.

Some methods involve adding the broken up shell to the coffee, but we feel this is a bit much. Nobody likes a stray bit of crunchy eggshell.

A.k.a ‘Bulletproof Coffee’, it is paleo-friendly, loved by fitness fanatics, and said to increase your energy and keep you fuller for longer.

The story behind it sounds just as odd as the idea – it was the brainchild of an American health guru who drank tea with yak butter at high altitude in Tibet, then recreated it when he got home. A lot of people also add coconut oil to the brew, and it is worth noting you can’t just use the Lurpak you have in the fridge.

You make the coffee, add the extras and then blend for about 30 seconds. It results in a very oily, slightly unpleasant coffee which we feel is more likely to stay among those in need of a fitness and energy boost rather than anyone after a comforting hot drink, but there are a lot of fans out there.

You can purchase the official ready-made Bulletproof ‘The Mentalist’ Dark Roast Ground Coffee or some Organic Certified Grass Fed English Ghee to get started.

You love coffee, or you wouldn’t be here. But if you’re one of those Brits who also likes tea, this one could appeal. Maybe. And if it does, thank the citizens of Hong Kong where it first originated.

It is basically one part coffee, one part tea and one part condensed milk. Like a softer cup of coffee, or a tea with a kick. Whichever way you like to describe it.

It may seem like a faff to brew two drinks and measure it all out, so a cold brew jug (which can brew both separately too) could do a lot of the work for you, in one handy container. Just add equal parts of coffee and tea. You can still warm it up afterwards if you wish.

Yes, you read that correctly.

Not a huge thing yet (and we are not sure it ever really will catch on), but there has been a trend recently where people are trying to outsmart the weird coffee combos by blending it with things that really don’t go.

Hence the name, broccoli is one of these. But it isn’t florets floating in your brew. A broccocino uses broccoli powder, which is made by using the uglier parts of the broccoli such as the stems and leaves which would usually be wasted by the food industry, and you at home.

Each serving gives you one of your five a day. And it tackles one section of the food waste problem we have around the world. Caffeine, health kicks and saving the planet? Actually, we are more on board than we thought.

Or For Something Very Different…

Prefer your coffee to be a bit quirky before the beans have even been roasted?

You may have read all about the popular Indonesian Kopi Luwak (where the Asian Palm Civet feline eats the ripest and sweetest coffee cherries and digests them before the cherries are picked out of the faeces and roasted).

The reviews stated that it does indeed taste like bitter dung yet people couldn’t get enough. And this popularity matched with the fact that production is a rather natural process has resulted in these civet cats being kept in awful conditions and force-fed (so please avoid it).

So how about trying some Jacu Bird coffee instead? Brazilians turned to this local bean stealing pest to help remove the bitterness of their Arabica beans, as they realised the birds are vegetarian so will only pick the ripest beans. Unlike that of the civet, Jacu dung removes the bitterness without imparting the manure flavour.

The Camocim Estate, with just 50 hectares of land used for coffee, is one of the smallest plantations in the south American country. The Jacu is native to here and is free to go about as it pleases, so there is nothing to be concerned about.

The result? A refined bean like no other, and a unique, nutty flavour with nuances of aniseed, of course. What would have been a potential pest has been turned into an innovative helping hand, and puts a new meaning on working with nature.

Unsurprisingly though, it isn’t available in your local Tesco, so sampling it is unlikely unless you go somewhere incredibly speciality. 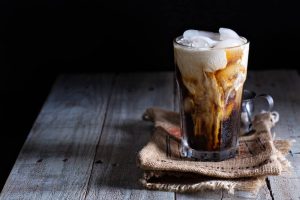 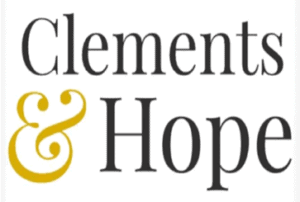